César traveled to Santiago de Chile in 2015 and did his internship at the Boragó restaurant where he learned more about his specialty, Restaurant and Bar Service. He made his trip thanks to sponsorship of the Gastón Acurio Alliance & amp; Telefónica “Together to transform”.

At the beginning of his internship he recognizes that it was a bit difficult to adapt to the new place. “I discovered something new every day, the exchange rate, the micros, the streets; However, I never got lost. ” He also tells us that the first thing that caught his attention when he began his work was to see that there were people from different countries who work in the restaurant, with whom he could exchange knowledge and from whom he learned a lot too.

One of the techniques that stands out from all his learning obtained in the internship is the collection. “The food there is endemic; that is, typical of the place, sometimes we went to Isla Negra to collect products that we would later serve at the table. ” This qualifies it as a unique experience, “since you get to value the dish much more.” He tells us that thanks to this technique you can see the product from the field to the table.

“This way we learned more about the products and we could also transmit that knowledge to the customers, it is a way of giving value to the food”

Personally, Cesar tells us that he learned to be more developed and independent: “at the beginning I was half shy and insecure, but with practice I learned to better manage situations and treat customers with more confidence. ” He even communicated with them in English. Also, living in a different place taught him to be more responsible and fend for himself.

Although he had very good experiences in Chile, he tells us that he also had to live others not as good as the earthquake in Santiago. “It was the earthquake of September 17, 2015, I was in the room, and I believed that the moons were moving by the strong winds that are common there, but then I realized that everyone was leaving and I was still in there with two Brazilian clients that they did not understand what was happening ”, this did not happen to be another experience for him.

César tells us that he is grateful for the experience that his internship meant, not only for the professional but also for knowing Viña del Mar and other tourist places, in addition to trying different Chilean dishes; However, he confesses that “Peruvian food is the richest, it was one of the things I missed most about Peru.”

“This experience made me grow personally and professionally, I am very happy to have won that internship” 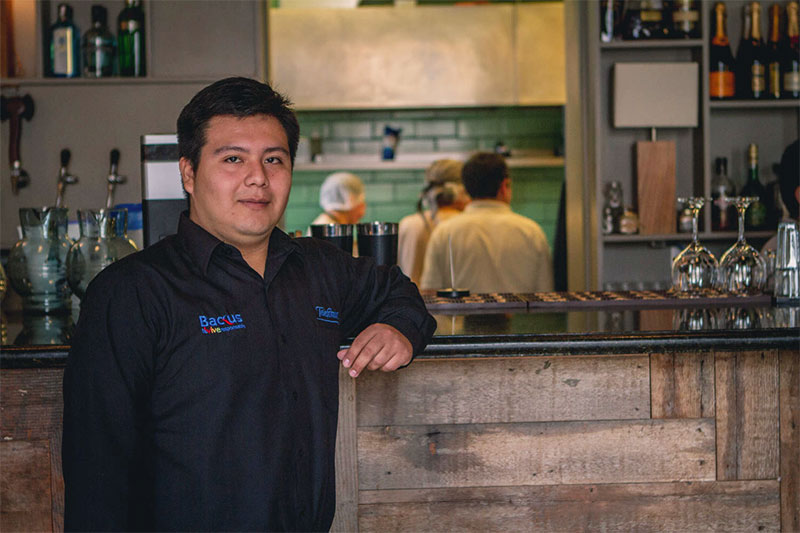