Elena Silvestre studied at the CETPRO of Fundación Pachacútec the specialty of Restaurant and Bar Service, when she graduated she was able to carry out a nine-month internship at the Mugaritz restaurant in Spain. Thanks to the sponsorship of the Backus Foundation.

Like many of the students, Elena didn’t know that on graduation day she would have a big surprise that would not only enrich her professional experience, but also her personal experience. She tells us that when I hear her name “I couldn’t believe it, it was a moment like none, I was with my sister and she started crying with emotion, I think I just assimilated it a few hours later.”

Elena tells us that at the beginning when she arrived at the Madrid airport she was somewhat confused, because it was the first time she was traveling by plane. “The only thing she did was to follow people that I knew that they were also going to my destination; when I arrived and saw the maître with a sign that said my name I was very happy, it was a very nice gesture on his part. ”

Already established in the restaurant, Elena tells us that one of the things that most impressed her was the design of the restaurant, it looked like a cabin by the wooden structure, she had not seen anything similar.

The first month in his internship he received training aimed at all new practitioners and that was intended to show them the techniques and the way of organizing the restaurant, he learned to order the tablecloths , utensils, how to distribute work and customer service time. At the time of starting his activities it was difficult to learn the menu, the restaurant’s tasting menu had between 25 and 28 dishes with varied inputs that he did not know or that had a different name in Peru and, in addition, he had to learn them in English, French and eureka, a professional challenge.

One of the things that caught Elena’s attention most was that compared to what she was usually used to, in Mugaritz not only a waiter was dedicated to a table, but , a table was attended by several waiters and in this way the attention to diners is enlivened.

On the side of personal learning, she tells us that “at first I was a little shy and I lacked security when addressing diners, but seeing that they were always very Kind of those we were around, I gained more confidence and self-confidence, so I could do my activities without any problem. ”

Elena was internship nine (9) months and at some point she felt the nostalgia of being away from Peru, what she missed most, apart from her family, was food. “There, eating rice is unusual, you don’t know how much I missed rice (…) sometimes I cooked stew with the ingredients I could get.”

“This internship time helped me gain more confidence in myself, I have become a more responsible person in several aspects, it has been an incredible change and personal growth , it has been the best time spent ” 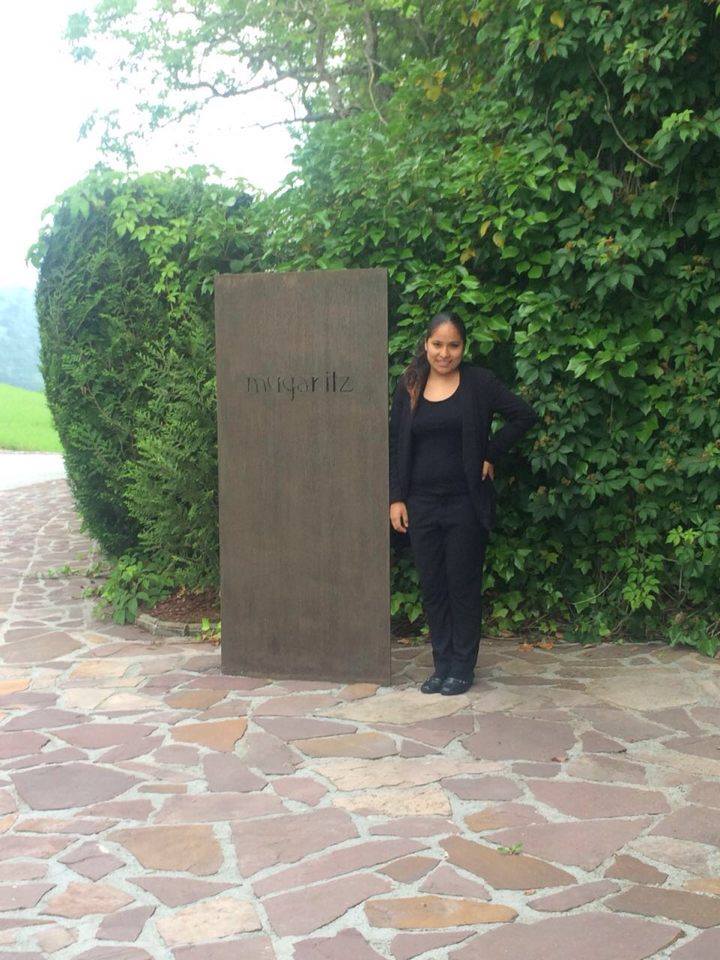