Omar López completed his internship in 2014 at the prestigious Azurmendi restaurant in Vizcaya, Spain. Thanks to the Gastón Acurio and Telefónica Alliance “Together to Transform”.

Winning the internship was a total surprise to him. “I didn’t think I was going to be one of the first in the class, it was a pleasant surprise for me.” Even for his family it was a great joy and reason to be proud of him. Omar says that at first I could not believe it, when it was time to receive his award “I could not say anything for such happiness, I only managed to say thanks, but I had many emotions in me, it was incredible to believe that I was going to live that adventure, I had just turned 18, but that day my dream was fulfilled. ”

In his first days in Vizcaya he highlighted the kindness of people, he had no problems with the language; However, the weather caught his attention, since he was not used to heavy rains. Omar tells us: “the first days I felt a little weird because I didn’t know anyone, but as the days went by I met very good people with whom I made a beautiful friendship.”

There were countless lessons learned in his internship, the one that stands out the most is to learn to manage and organize several events, since in the Azurmendi restaurant events were held weekly, he He tells us that: “the attention given to each guest is personalized, and everything was previously planned, to avoid any inconvenience.”

In his spare time he took the opportunity to meet new places and hang out with his coworkers, who were from different countries and between them a space was created to exchange cultural knowledge, Omar tells us: “I was able to visit places like San Sebastián and get to know places like Mugaritz restaurant ”.

“This experience helped me to be independent and get ahead by myself, it all depends on the effort and dedication I put into things”

Upon returning from his internship and with all the experience gained, he tells us that this opportunity opened the doors for him to work in good restaurants, even he feels confident enough to in the future being able to open his own restaurant and among one of his future plans is to continue preparing to return to Spain, where he was offered job offers.

“I felt very good working in one of the best restaurants and now I want to go for more, not everyone has that opportunity, so you have to make the most of it” < / strong> 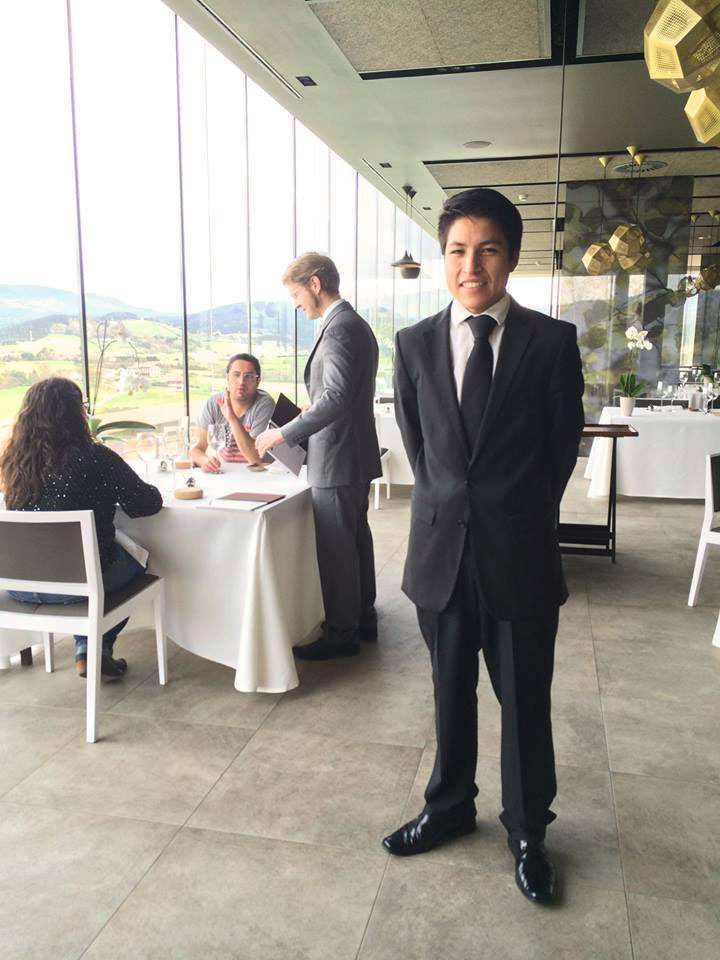