Percy Huarcaya, a graduate of the New Pachacutec Institute of the Kitchen specialty, completed his internship in 2015 at the Casa Gerardo restaurant in Asturias, Spain. Experience that was sponsored by the Gastón Acurio and Telefónica Alliance “Together to transform”.

On graduation day it was announced that scholarships would be awarded to the best students, Percy tells us: “I didn’t imagine that I was going to be selected, when they told me it was a surprise and great joy for me and my colleagues ”. This was a great opportunity for him and he wouldn’t miss it.

At first, I didn’t get used to the time differences between Spain and Peru. “I felt a little confused, and I wasn’t the only one, because sometimes when I called my family they had already had lunch and I had to sleep, and they asked me, are you going to sleep?” He says.

Adapting to the new place cost a little, but soon made new friends both inside and outside the restaurant. “I lived next to a school where there was a little field and sometimes I used to meet other boys out there to play football, they called me through my window and I went out to play with them.” He also met a couple of Peruvians he became very friendly with: “they had a winery called La Peruanita, where they sold Peruvian products and, sometimes, I joined them to cook Peruvian food, a time we enjoyed very much.”

In his experience he learned new techniques and a little pastry, in addition to taking advantage of everything the supplies have, nothing was wasted. “With the cucumber, the husks are also used for salads, and they also make infusions with the skin of the potato, and thus different cases. That may be because when you work with a producer, Casa Gerardo grows the supplies that he will use in his kitchen, you start thinking about how long it took to have the product in your kitchen, in addition to the whole process that happened so that he can reach your hands, that makes you want to make the most of it. ” In addition, Percy tells us that the best learning that was taken from this experience is to always seek excellence: “everything is done there with a lot of organization and effort, there is no room to stop mistakes.”

“It was a movie experience, I always thought it was a dream, the hours, days and months flew by.” The last day at the restaurant, his companions prepared a dinner for him where he was the guest. “The farewell was great, I was very excited to be eating at Casa Gerardo as a customer and that my colleagues attend me, I could not believe it.”

“You always have to want to be the best and give your best, don’t be afraid of the new risks and take a chance” 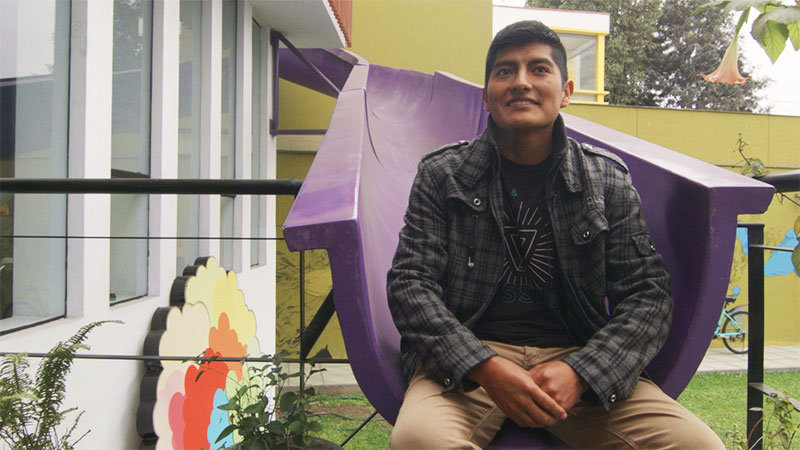