Peter completed his internship in 2015 at the Azurmedi restaurant located in Bilbao, Spain where he learned more about his specialty of Restaurant and Bar Service. His trip was sponsored by the Gastón Acurio and Telefónica Alliance “Together to transform”.

“You realize that this is your career and it feels very good, it was beautiful to be there,” so Peter begins to tell us his story, excited to no more power and with the conviction of being the best in what he does.

His story begins at the end of his studies at the New Pachacútec Institute’s school of boys, where for having stood out as one of the best students he was awarded the scholarship for an internship in Spain, which he made thanks to the sponsorship of the Gastón Acurio Alliance & amp ; Telefónica “Together to Transform”.

At 18 and from Ventanilla to Bilabo, Peter came to stand out for his effort and dedication on a daily basis; He was the favorite in the restaurant where he did his internship, he tells us that he has received several compliments to his work from important people and critics. Two of the phrases he remembers most are: “I loved your service” and “very few people attend like you,” phrases that were very rewarding and motivating to continue giving the best of him.

This experience also helped him personally, Peter tells us: “I was a little shy and I learned to lose the fear of customers, you gain security with yourself, and that reflects in the atmosphere of trust that is created at the time of providing a service. ” The best comes later, since “the thanks that people give you are unique in every way.”

Also, for him, living was only an experience, he learned to function independently and with the responsibilities that this implies. He improved his English and gradually learned French and Italian, these last two languages ​​he did with his peers in his internship.

“It’s a permanent knowledge exchange, we all helped each other”

He has had very funny anecdotes regarding the use of vocabulary, he tells us that “the way of speaking in Spain varies; for example, peanuts are called peanuts, and peaches are called peaches, I got confused sometimes and customers had no idea what I was talking about, it was very funny. ”

Upon completion of his internship and back in Peru, Peter partnered with a friend and together they have been able to open a Peruvian food restaurant in Chiapas, Mexico called “El Peruano”, there he puts into practice all the learning gained in his student days and In his internship, in addition to wearing with great pride he considered himself a representative of Peruvian cuisine. 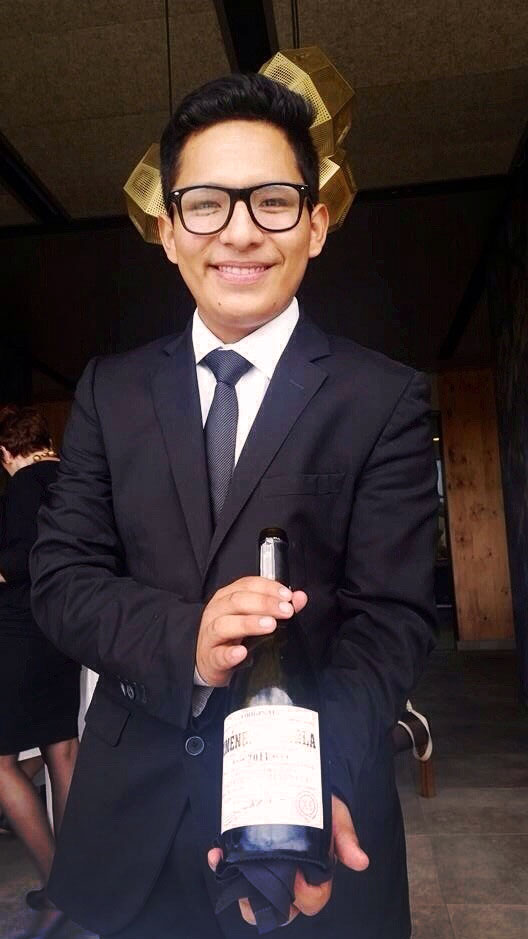