Yosselyn Mirror completed her internship at the restaurant El Celler de Can Roca in Girona, Spain, she graduated from CETPRO de Pachacutec from the specialty of Restaurant and Bar Service, her internship was made thanks to the sponsorship of the Gastón Acurio and Telefónica Alliance “Together to Transform”.

“I knew that for scholarships they recognized the most dedicated and dedicated students of the school; I only did things because I really feel passion and love for what I learned on a daily basis, and I didn’t expect to be named on graduation day, it was a very big and beautiful surprise, ”Yosselyn tells us.

Among the things that most caught her attention was that the cutlery and the glasses were not polished by hand, but that there are polishing machines, she tells us: “What envy, in Peru This procedure is done manually, I hope soon to stop being like this because it could take much more time. ”

During his time at Celler de Can Roca, I’ve learned new techniques and strategies so that in his attention he did not overwhelm the client: “I had a habit of staying waiting next to the client to order me; However, there I understood that this was not done because it was overwhelming for the client, and that he should be given the freedom and time necessary for them to make their choice comfortably. ”I’ve also learned that, when picking up the table, he should not put the cutlery on the plate in front of the customers, but that all the maneuvers were performed behind the client, this so as not to inconvenience his stay in the restaurant.

At the beginning of his internship he had trouble adapting to the environment, to new faces and to the language, Catalan is spoken in Girona. In addition to everything new, I added that he missed his family. All this improved when she met new people, she tells us: “I had the opportunity to meet practitioners from Mexico, Brazil, Argentina, Spain, with whom I had a great time both inside and outside the restaurant, especially Latinos who shared the same language, and sometimes we did some activities together like cooking, walking around Girona, watching movies and going to the beach, which is the best of the best, the water is totally clean; we had a lot of fun. ”

One of the dreams I could achieve with this internship was to get to know Paris: “I had the fixed idea of ​​wanting to go to France since I arrived, so I saved everything I could, and also my parents supported me and sent me some money. “When he arrived he saw that everything was very expensive, so he had to be efficient with money, this did not dampen the emotion he felt.

I’ve visited the Eiffel Tower, came to that visit with the exact money for his return to Girona, so he would not be able to upload it, however, he tells us the anecdote that he step: “we found several people who were playing to guess in which glass the die is, I hit every time, but I did not dare to bet, until I did it and bet 50 euros and I won, I won 50 euros more and with that money I was able to climb the Eiffel Tower! ”

“I am very grateful for this experience so beautiful that it allowed me to grow personally and personally, and above all to fulfill one of my biggest dreams, to know Paris “ 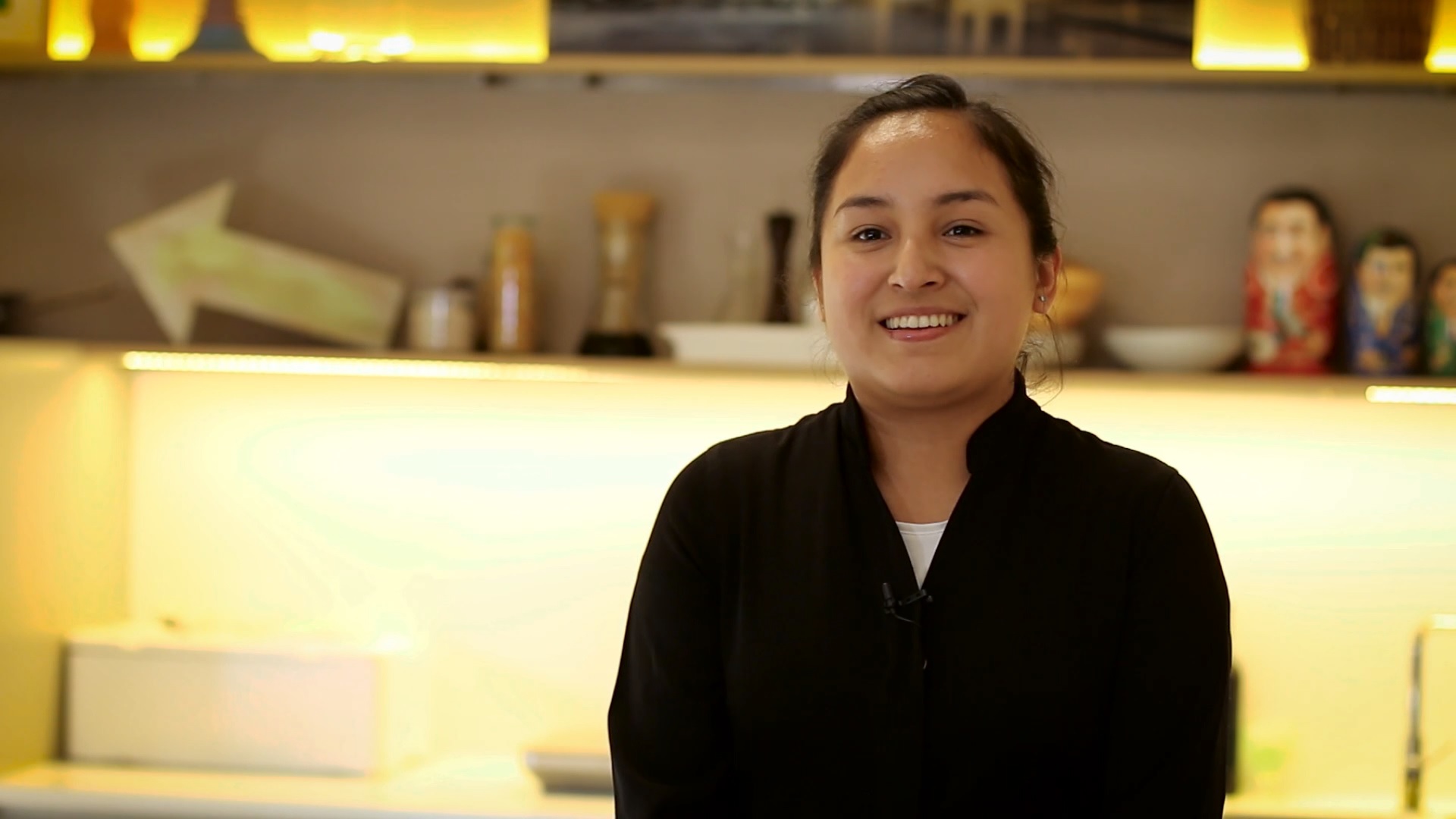